You are here: Home / news / Webmaster SlotsCasino.co.uk in Vegas during terrorist attack 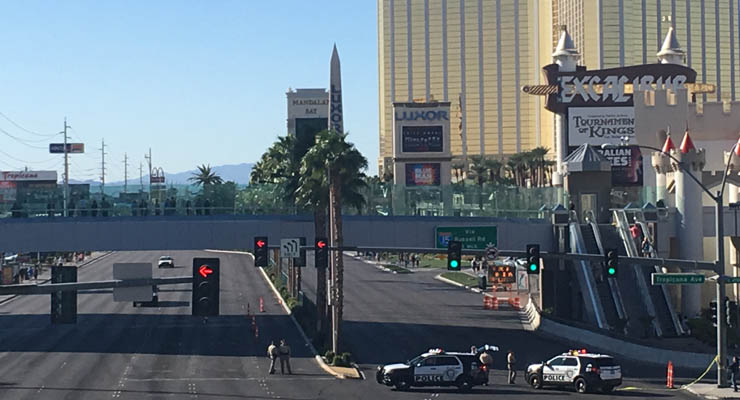 The webmaster of SlotsCasino.co.uk was in Las Vegas during the violent attack, which killed 58 people and injured over five hundred. As far as we know all friends and colleagues, who were also in Las Vegas for the G2E convention, are safe.

Stephen Paddock, a 64-year-old local from a small town close to Vegas, opened fire from his room on the 32nd floor of the Mandalay Bay Hotel and Casino. He aimed at the visitors of the Route 91 Harvest festival, which was held on the other side of the strip. The festival was attended by 22,000 people.

We were playing blackjack in the Lucky Dragon casino, with a group of people who work in the online casino world. One of the TV screens changed to a local news channel, with news about the shooting. We cashed out and managed to get an Uber to our hotel.

We were lucky to be able to get back to our hotel since we heard stories of other guests who were not able to get a taxi or an Uber. We are staying in the Monte Carlo casino, which is around a mile from where the shooting happened, but we did not have problems reaching the hotel using the back roads. 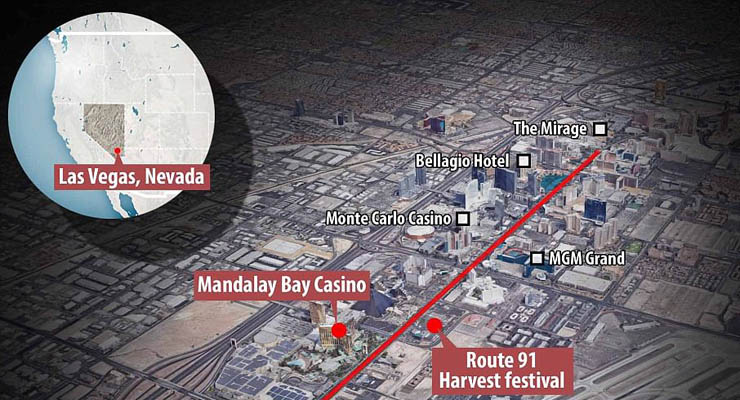 While we were in the Uber there was a lot of police going around. We saw a police car driving around with the boot open. Two police officers were sitting in the boot, ready to shoot.

Back in the Monte Carlo hotel and casino the table games were closed, and security would not let people leave the casino through the entrance on the Strip. People were not panicking, most guests who were still in the casino just gathered around TV screens. 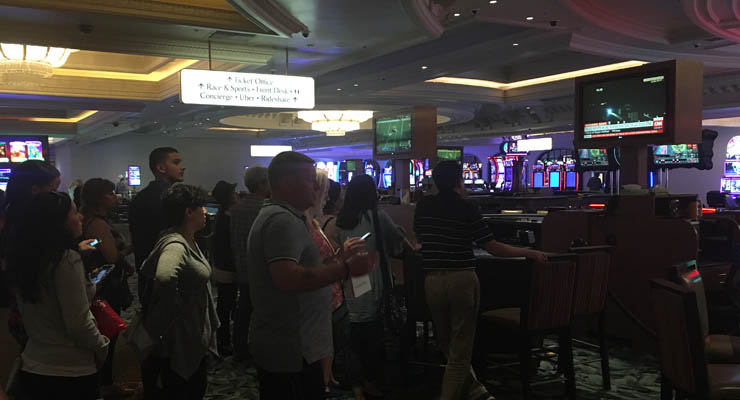 During the attack, there were rumours going around the casino that there was also a shooting at the Bellagio casino and that there was a parked car with a bomb at the Luxor casino. This added confusion to the situation. Later it turned out that those stories were fake news.

At this moment I am just in my hotel room, waiting to hear when it is safe again to leave the room. News sources claim that all hotels and casinos at the Las Vegas strip are now on lockdown. So leaving the hotel is not an option.

It seems surreal to sit in my hotel room right now, so close to the where the attack happened. I have a view of one of the towers at Mandalay Bay from my window. I go to music festivals regularly, two days ago I went to a concert of the Imagine Dragons here in Vegas. And before I went to Vegas, I checked out the Route 91 festival. Luckily it was already sold out at that time.

The next morning it seemed business as usual in most casinos in Las Vegas. Table games were open, and people were playing slots just like any other day. Most parts of the Strip were opened for traffic, with the exception of the section running from Excalibur to Mandalay Bay.

SlotsCasino.co.uk is in Las Vegas for the G2E conference, which starts on Tuesday. The G2E is the most important conference in the casino-entertainment industry, with over 26,000 visitors to the conference. SlotsCasino.co.uk goes to this conference to stay up-to-date with the latest trends in online casinos.