You are here: Home / news / Coronavirus is shutting down Macau Casino Industry 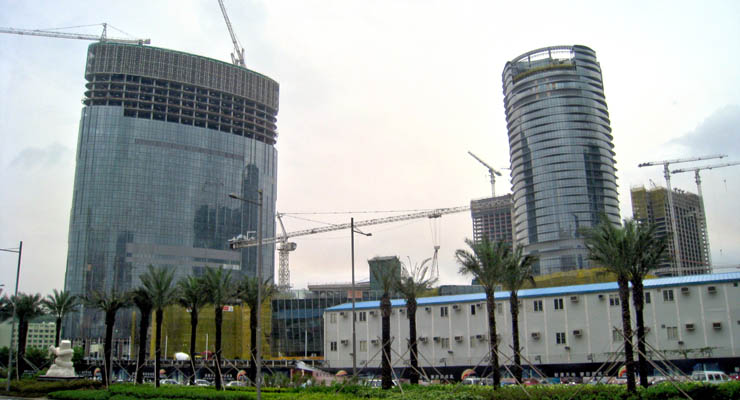 The worst-case scenarios for the casino industry in Macau finally began. The enclave is closing its casinos to help stop the spread of the Coronavirus. The measure came from Ho Iat Seng, the city’s Chief Executive. It will officially begin on Wednesday. For now, the casinos should stay closed for two weeks. However, there is a possibility that this will last longer than that.

In theory, if the situation around the new virus worsens, the same measure can turn into months. Also, shutting down the border crossing to Zhuhai is also on the table. At the same press conference, the Chief Executive also asked the citizens of Macau to stay home. This too should help with stopping the spread of the virus. Furthermore, he also called on places offering public services to reduce their activity.

This includes restaurants and cafes on the island. Currently, there are ten known cases of Coronavirus in Macau. Out of those, seven are from outside of the city. However, more worryingly, three of them are locals, pointing to human-to-human infection. This undoubtedly has the government. Thanks to that worry, it decided to do what is possibly the worst outcome for the casinos – close them down.

The hit on the casino industry in Macau will be a strong one. Analysts are already describing it as devastating.

This will be the longest stoppage of the casinos on record. Previously, that was the 33-hour shutdown after the typhoon hit Macau in 2018.

Back then, the fears of flooding were the main issue. This time, the stakes are much higher and the local government sees the closure as necessary.

But, the financial implications are already hitting home. Index of many Macau casino operators fell about 3.7 percent after the news came out.

Among these, Galaxy Entertainment and MGM China were the worst-performing.

Yet, all operators know this is just the beginning and that the bottom might be far away. Also, the extent of the future epidemic is unknown so fears are only multiplied in this setup.

If the stocks continue to fall in value, which is expected, many long-term Macau plans might change as well. In that case, the territory is entering a period of negative growth no matter how long the shutdown lasts.

This is what many operators fear not just for this year, but also for the entire decade to come. A big crisis in 2020 could then set the pace for the next nine years or even more.

Macau Casino owners were already pessimistic about 2020 before the coronavirus hit the city.

Last year the casino operators had to endure several problems. The government started continued its war against illegal smoking in Macau casinos and the government is taking actions against loan sharks and they arrested several people who were involved in illegal gambling loans. When players can loan less, they will play less.

Other problems were created by the protests in city Hong Kong, and the because of the trade war between China and the US, there were less Chinese VIP players in Macau.